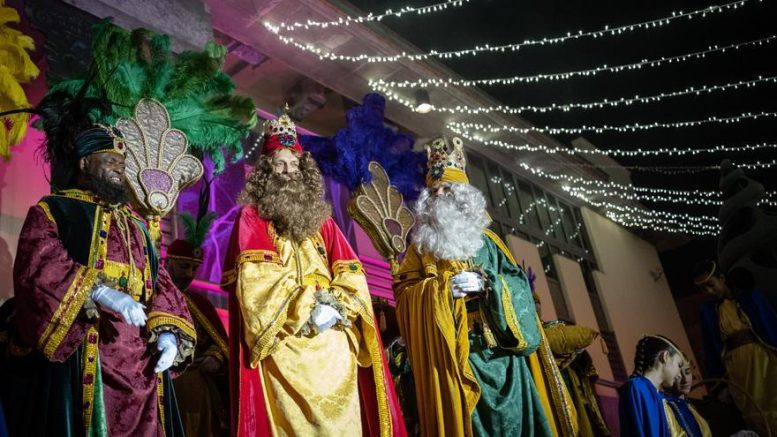 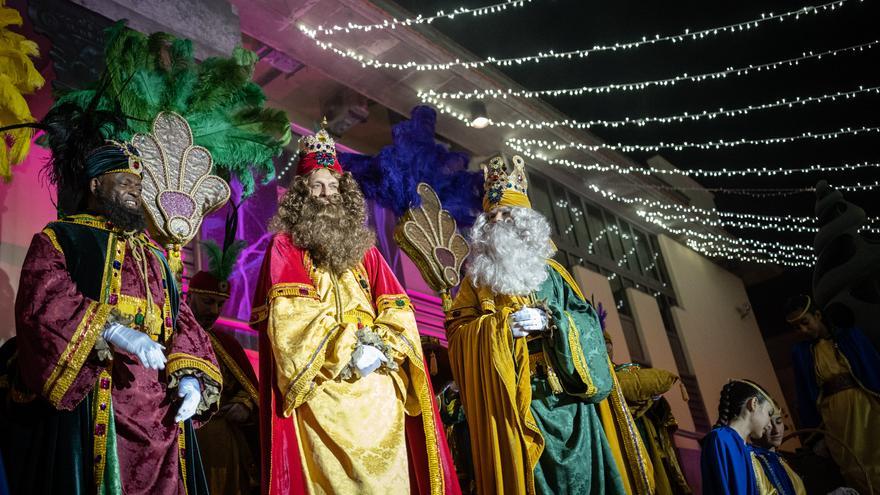 For the 27 municipalities that make up the north and south of the Island the Three Wise Men were received to live the Epiphany party normally. The parades recovered the splendor that they reflected until 2019 and the presence in the streets restored the images typical of the pre-pandemic, especially in those municipalities that concentrated and concentrate the largest number of participants and visitors. The Magi arrived on time.

First they were in the medianía and from there they continued the royal route to the portico of the Town Hall, where the mayoress, Mari Brito, made a wish to Melchor, “health to live, learn, enjoy and continue working to build a better Candelaria”; to Gaspar, “peace, dialogue and respect as a banner”, and to Baltasar, «union and social cohesion». Then he handed them the keys to Villa Mariana and to the rhythm of the batucada from Tropicana and Almagec, the procession made the journey to the Plaza de la Patrona de Canary Islandswhere they received the infants and gave them sweets. During the afternoon, the Plaza, the City Hall area and the parking lot hosted a Jurassic Park, a photocall with animated characters, superheroes, villains and princesses; performances and shows starring dinosaurs and Ninja Turtles, among others, games and workshops. The Night of Dreams included groups from the municipality, such as the Las Candelas Music Band and the pianist Luis Torres. All this followed by about 20,000 people.

Melchor, Gaspar and Baltasar arrived at the Plaza del Cristo de La Salud, received by a crowd of children and by the mayor, José Julián Mena, at the door of the Church of San Antonio, where they made an offering to the Child Jesus. In the afternoon and evening, Los Cristianos once again enjoyed the Parade after two years of pandemic. The festive and colorful royal entourage toured Suecia avenue, Barranquillo street and Los Playeros and Ámsterdam avenues to Plaza del Pescador, outside the Los Cristianos Cultural Center. There, they received the little ones who wanted to personally deliver their letters to them.

Some 4,000 people applauded the Magi from the East in the field of football adejero, which they arrived by helicopter. There, the mayor, José Miguel Rodríguez Fraga, gave them the key to the municipality. A moment that the councilor took advantage of to remember “those children who are having a hard time, for example, in Ukraine and other areas in conflict or poverty. We live in the hope that a better world is possible. We must work for a more egalitarian, more peaceful world.”. This was the starting point of the great Three Kings Parade along Calle Grande in the town center to the Church of Santa Úrsula, where the adoration of the Child took place. After this historic moment, his majesties received last-minute letters from the children of Adejera. The organization took diversity and inclusion into account by setting up a space free of noise for minors on the autism spectrum on the route of the Parade.

La Villa once again celebrated the largest parade in the North, with 500 participants in the royal entourage and some 25,000 people enjoying the tour. Hundreds of people crowded the square of the church of San Juan in the afternoon in a reception for the Three Wise Men before a parade that shone again as in the years before the pandemic. It started from Mercedes Pinto avenue at 8:00 p.m. with a first section free of noise, so that boys and girls with autism and people with functional diversity could enjoy it. Next to the La Milagrosa school, an area adapted for people with reduced mobility was set up. The spectacular parade toured Emilio Luque Moreno and Canarias avenues, Calvario streets and Carrera Escultor Estévez to the Town Hall square, where the staging of the birth and adoration of the child took place in a living Nativity scene portal. Along the way they distributed more than 1,500 kilos of gluten-free candies, 3,000 whistles and 5,000 flags of the Three Wise Men. There was no lack of the bugle and drum band of San Juan Bautista, nor characters like Spiderman, Captain America, Bumblebee and Megatron, Optimus Prime, dragons, Vikings, Romans, Hebrew shepherds, dancers from different cultures, mountebanks, acrobats , the jugglers, the big heads, the Peña El Casco fanfare, the Paw Patrol, the entourages of India, Greece and Egypt and octopuses, seahorses and giant jellyfish.

The day began in the afternoon in La Montaña with the delivery of the magic key that “opens all the doors of royal homes”, it continued through La Cruz Santa to Realejo Alto. The great parade started around 7:00 p.m. on Los Remedios Avenue, with more than 300 participants. After two years of the pandemic, the traditional route to Tigaiga was recovered, where the Adoration of the Magi to the Child Jesus was performed.

The royal entourage departed from Castillo San Felipe and toured the town to end, for the first time, in the upper plaza of the Martiánez Shopping Center, where adoration and delivery of the key to the city was held. The organization by the Association Ya viene Los Reyes shone, with the collaboration of the Porto City Council and more than 300 volunteers. Another novelty this year was the inclusive area, in a stretch of almost 200 meters from Avenida Familia Betancourt y Molina, where it was also possible to enjoy the tour without noise.

Other tours and receptions

Most of the municipalities in the north and south of Tenerife They celebrated their parades and acts of meeting with the Magi yesterday afternoon. Children and adults could enjoy the royal promenade of Tacoronte with 13 stops, the three receptions in San Juan de la Rambla, the magic of Garachico, the royal caravan of La Guancha, the route with an adapted area and space without noise in Santa Úrsula or the horseback riding in El Sauzal, Icod de los Vinos, La Victoria, La Matanza, El Tanque, Buenavista del Norte, Los Silos, Güímar, Arico, Granadilla, San Miguel de Abona or Santiago del Teideamong many.