The largest volcanic tube in the European Union – and the fourth-largest in the world – the Cueva del Viento runs for 11 miles in a three-tiered labyrinth of tunnels beneath Icod de los Vinos. 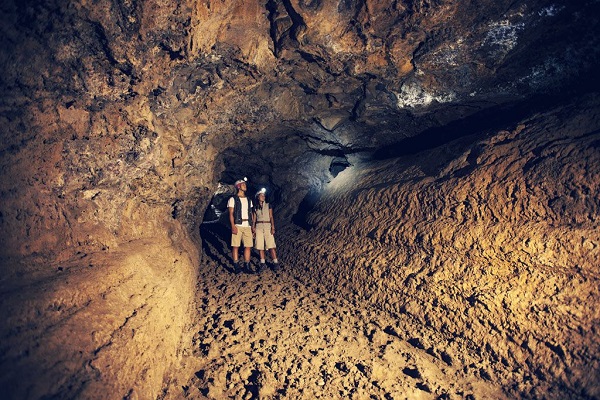 The underground complex known as Cueva del Viento – Sobrado is the longest volcanic tunnel in the European Union and one of the longest in the world. It was caused by lava flows from Pico Viejo Volcano, located alongside Mt. Teide.

The cave is a complex labyrinth of volcanic tunnels that cover the subsoil of the mid-altitude region of Valle de Icod. Underground, a marvellous maze of tunnels, potholes and huge chambers reveal a wide variety of geological forms.

Visiting Cueva del Viento helps us to understand the role of lava flows in volcanism and allows us to contemplate the whimsical shapes made by lava in the bowels of the earth. It is an example of geological complexity.

Three levels of different passages and beautiful geomorphological phenomena, such as potholes, terraces and other lava formations, stretch out for over 17 km.