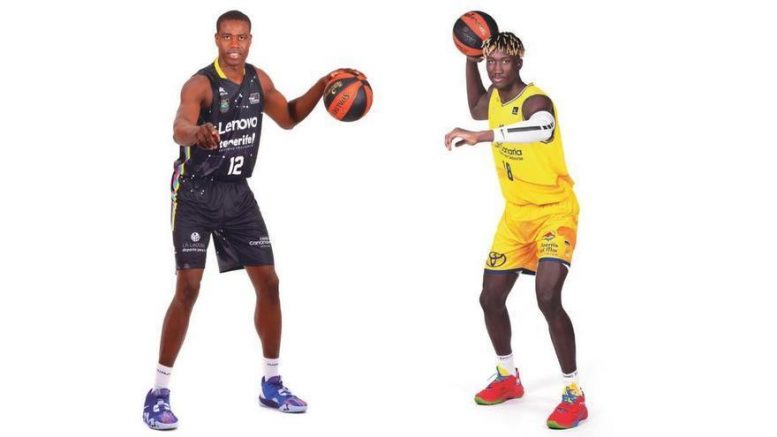 Granca and Tenerife will meet in a historic Canarian derby, with the two teams at the top of the table, but in which the Canary Islands are practically conspicuous by their absence. Only two players from the Archipelago have options to play this afternoon’s game at the Arena (19.45, Movistar Deportes) and both will wear the aurinegra jersey.

the center Fran Guerra, g.Rancanarian by birth and a newly minted international, he is the only islander with a real chance of having minutes in the game, although his physical condition makes him doubtful until the last minute.

A separate case is that of his partner Sergio Rodriguez. The one from Los Realejos remains unpublished so far in the ACB and it does not seem that he will have minutes in a clash of the importance of this afternoon’s derby. In the event that Fran Guerra can finally enter the call, the youth squad has all the ballots to be ruled out by coach Vidorreta.

The picture is even bleaker in Gran Canaria, that this course has been left without local representation after the departures of Fabio Santanawhich was on the squad for the 2020-21 campaign, and Javier Lopez, I was packing last summer. In both cases, their role as third baseman left them practically without minutes and both have had to continue their careers outside the Island. Lleida and Melilla are their current destinations in the LEB Gold and Silver, respectively.

Granca’s commitment for several years in its training category aims to look for talent abroad. For years, the club has decided to incorporate young Europeans and Africans with a wide margin for improvement, who mature in the Claretian factory until they are ready to make the leap to the first team.

In this sense, the club has two adopted Gran Canarians, Khalifa Diop and Olek Balcerowski. Both the Senegalese and the Polish have grown to the point of becoming the big bet for the inside game in Jaka Lakovic’s new project. The identification of both with the Island and with the fans has led them to be considered as two more Canarians, regardless of what is marked on their respective national identity documents and that they defend the interests of Senegal and Poland in international events.

There is also the case of Montenegrin Jovan Kljajic, recruited for Granca’s youth ranks in 2016. He made his debut in the first team and has had to go out on loan to Bilbao Basket and to Lithuanian Krepšinio klubas Prienai in recent seasons. In the summer they bet again on his going out on loan, but his level during the preseason made him earn the trust of Lakovic who, due to the prolonged absence of Vitor Benite –first with his national team and later due to his injury–; It has even given him the opportunity to be a starter with the Claretian professional team.

The case of Rubén López de la Torre is somewhat different. The Madrid power forward already has a first-team record, although at the moment he is not entering too much into Jaka Lakovic’s plans –five minutes on average in three league games–. Despite playing in the yellow subsidiary since he landed on the island in 2019, his training as a player took place at Real Madrid as a youth squad.

Similar to the man from Madrid is the case of Turkish shooting guard David Mutaf, who joined the yellow team in 2021 after training in the lower categories of Fenerbahçe and the Minnesota Golden Gophers of the NCAA (American university league). At the moment, despite already having a record with the first team, he has been surpassed in terms of minutes by Jovan –1.14 minutes on average in two games in the ACB–.

The last young value of the subsidiary who has had some time in the first team –28 seconds and one game– has been the Slovenian point guard Dan Duscak, signed from Madrid’s youth ranks this summer.

With our sights set on airports by tropical storm ‘Hermine’